Vietnam is funding a million euros to investigate plastics recycling

Vietnam is funding a million euros to investigate plastics recycling

The project has been implemented for 3 years to promote the recycling, reuse of plastics, waste and environmental impact.

Morning 23/5, in Hanoi, international project “Plastic Management and Recycling” was launched. This is a project funded by Erasmus – a European Union student exchange program for Vietnam for 3 years, with the participation of 5 countries including Austria, Germany, Denmark, Laos and Vietnam. It costs one million Euros. In Vietnam, the University of Natural Sciences – Hanoi National University and Ho Chi Minh City University of Industry are members of the project.

The project director, Stefan Petrus Salhofer, of the University of Natural Resources and Life Sciences in Vienna, Austria, said the project aims to promote recycling, recycling of plastics, waste minimization and environmental impact; focus on training, improving the level of research, awareness of people, managers as well as plastic recycling companies …

The project has six main activities: Modernizing the existing curriculum; Establishment of two regional training centers for people working in the field of plastic recycling; set up a training network on waste recycling; train the trainers; incorporate the concept of sustainable development into the discipline of waste management in master training; To raise the skills and qualifications of experts in waste management and technology transfer. 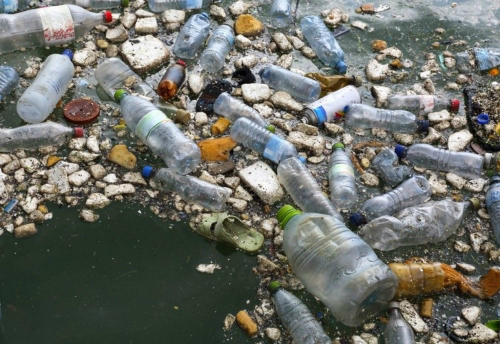 Plastic waste is becoming a problem in many countries, including Vietnam. Photo: IT.

According to Prof. Nguyen Van Noi, Rector of the University of Natural Sciences, besides participating in training for students at partner universities in Vietnam and Laos, the program also contributes to improving skills and qualifications. Specializing in waste management experts, technology transfer to waste management companies, recycling facilities, waste collection as well as state management agencies.

Through the project, many modern equipment will be invested for research and training. There will be courses based on the respective disciplines: material science; Technological technology: Plastic picking options, technology for sorting and processing plastics, recycling; Emission control technology: hazardous materials handling, safety treatment, health and safety …

The courses will be based on advanced European model training methods, tailored to the needs and current plastic recycling situation in Vietnam and Laos.

On average, each Vietnamese person releases 1.2 kg of garbage per day, equivalent to 120,000 tons of garbage in the country. Of which nearly 19,000 tons of plastic waste.

Every year, the oceans are suffering from 8 to 9 million tons of plastic waste. More than half of this waste came from five Asian countries, led by China with 2.4 million tonnes, representing about 30 percent, followed by Indonesia, the Philippines, Vietnam and Sri Lanka.